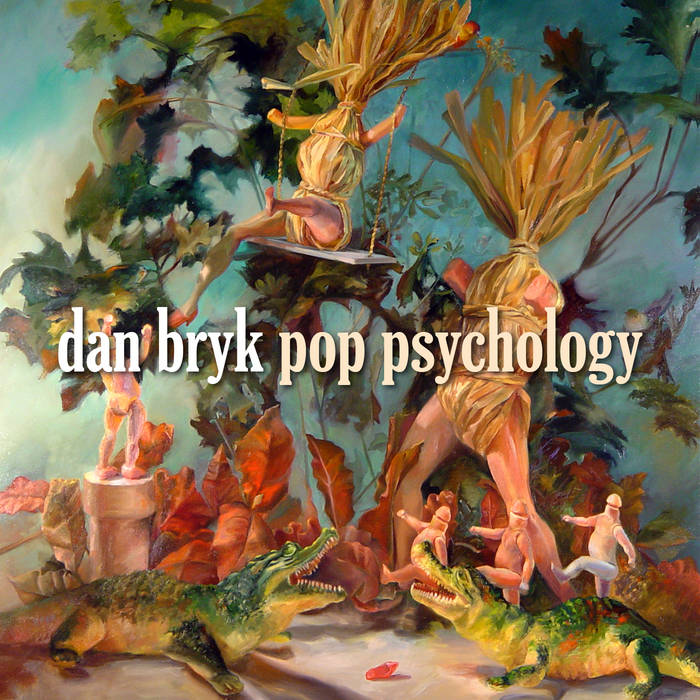 To wit: "This album represents a desperate attempt to make some sense of Rock and Roll. Deep in our hearts, we knew it was doomed to failure. The question remains: Why did we try?"

Many of the songs on this recording were written with the assistance of a popular music songwriting grant from the Ontario Arts Council. We are very very grateful for their generosity.

"[Best of 2009: #1] "The most perceptive release of the year -– and perhaps the most brutal yet certainly witty music ever written about the music industry itself. The tunes are good, real good." -Duly Consider

"Bryk is a Clipse for Burt Bacharach fans, peddling witty cynicism like crack. Pop Psychology adds up to an acerbic but ultimately forgiving snapshot of the mercurial musical world Bryk inhabits. [7.4/10]" -Pitchfork

"Each clever turn of phrase, jangly guitar, layer of odd instrumentation, and overdubbed vocal is a revelation." -Songs:Illinois

"At its defining moments, this album has the makings of a melodic miracle -- something which is evident as early on as the first track. A long, long, long overdue opus from this frightfully talented slave to the (perfect pop) song." -Indieville

[Best Albums of 2009] "A strong candidate for best album of the year... a triumph of intelligence and wit, an oasis in a world full of idiots." -Lucid Culture

"[Best of 2009] A treasure that few will unearth, but one that will be held tight by all that take the time to listen." -Hero Hill