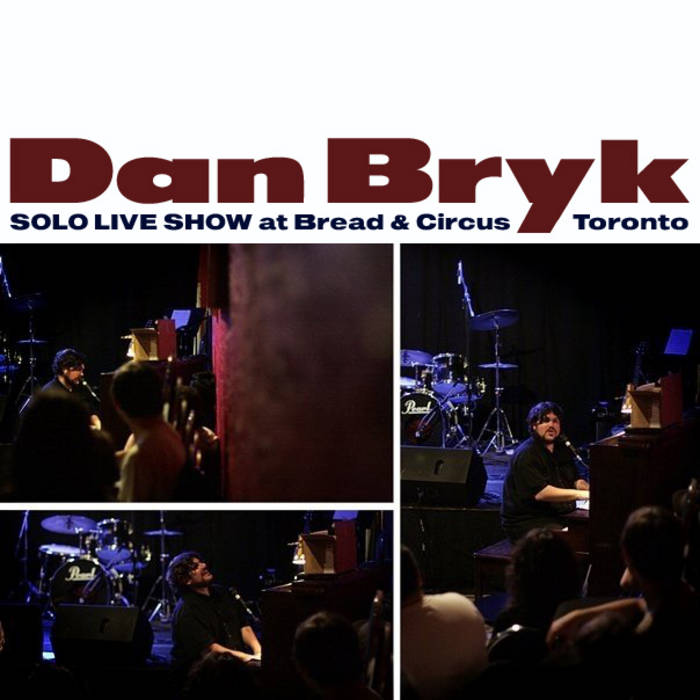 Here's Bryk's last (final?) live show, recorded Sept 11, 2009 at the Bread and Circus club in Kensington Market by a gracious fan. Now you can be right there, sitting in the audience at a Dan Bryk concert. The FLAC files, like the recording, are 24-bit(!) for those extra 8 precious bits of distortion and audience noise :^)

Thanks to Tommy and the Tall Girls for headlining, and thanks to the wonderful Young Doctors in Love for the invitation to play, even though they didn't realize Bryk used to live eight doors down (in Meryn Cadell's old apartment... O, Sweet Nineteen Nineties!)

"Bryk’s unaffectedly clear voice soars and whispers and his piano playing is solid, but ultimately it’s the songs that knock you out. When it comes to purist pop tunesmithing, this guy is unsurpassed: Elvis Costello, Aimee Mann and Ward White could pick up a trick or two from him.

This is obviously a room recording, with sonics on the boomy side and plenty of crowd noise – Bryk takes a pause or two to get them to shut up, then gently assails one particularly chatty group. But by the encore he’s won everybody over, all the girls singing along with the chorus on Discount Store, a wickedly catchy, understatedly biting song that perfectly captures the cruel ironies of the current depression." -New York Music Daily