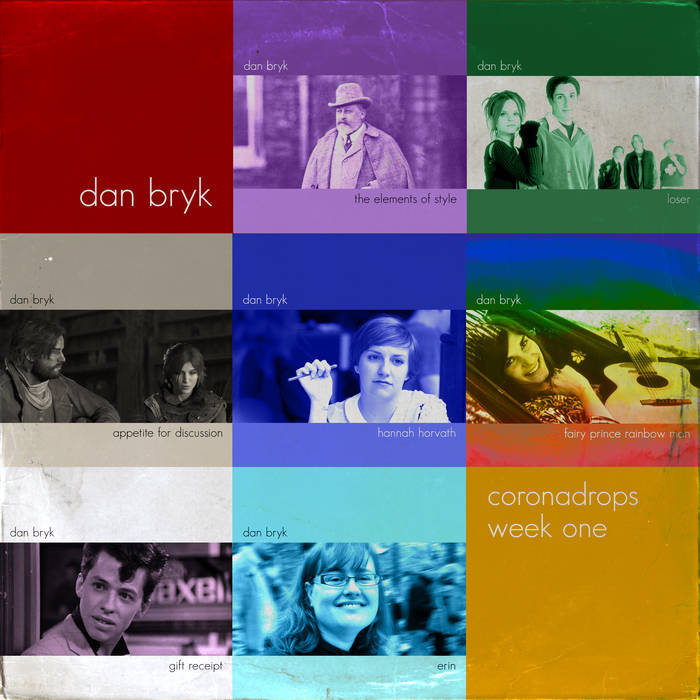 as some of you probably know, I have brontë lungs already weakened by a double-smoking-parent childhood followed a half-life of evenings spent in smoky clubs. little known fact: I am also the wiktionary definition of the word sedentary. so I must confess I have sorta kinda been keeping a watchful eye on this whole coronavirus business.

for the past two decades I have oscillated between writing some pretty good pop songs, recording them in various contexts, generally hating said recordings and/or my performances, and then not releasing, or occasionally banishing said songs from my thoughts. self-deprecation and insecurity are hardly unique amongst songwriters (or artists, in general) but I had somehow managed to turn it into a ridiculous, crippling trail of unfinished business. i had become—horrors—a song hoarder.

until I lost a songwriter friend to the Trump virus. on a tuesday I heard he was on a ventilator. on wednesday, he was gone.

he was one of the hardest working songwriters i know, a true genius, and through my grief i couldn’t help but feel terror that there was this constellation of ideas, melodies, hooks, words there in his mind and suddenly they were GONE just like that, in an instant.

and also kind of like that, I realized that I need to stop taking this stuff quite so seriously. I need to stop needing things to be perfect or great (or as close as I ever get to that, though that’s another conversation) and just get on with the work with whatever time I have left on this planet.

so i decided, as both therapy and intellectual exercise, to ransack my song drawers of the last two decades and post one unreleased track a day, for the duration of the quarantine, or until they start to suck.

lordy, there are tapes.

this “album,” by consumer request, is a hopefully easier-to-play/digest/ love/tolerate compilation of the first seven days of my #coronadrops.

you may notice the price is $7, although i announced with mild fanfare that these songs were free.

you CAN still download the original daily tracks for free, individually—it’s just a little more “friction” as our SEO analytics friends put it—but for supporting this music, i promise you a little bonus stuff too.

p.s. the individual tracks still have “about this song” notes, some even have little stories...